Brambles and nettles are found all over the UK and while they might give your local woodland an authentic feel, that’s not always what you’ll want in your garden. Perhaps you’ve moved into a property where the previous owners let things get a little overgrown or maybe you’ve not kept up with yard maintenance as well as you should have.

In any case, there’s no denying that brambles and nettles can be some of the most stubborn types of plant and removing them permanently can be tricky. But don’t worry, we’re here to show you how to get rid of nettles and brambles for good.

The best way to eradicate the problem is to take action as quickly as possible. But you will also need to make sure that you are prepared to do a thorough job if you want to ensure that they don’t return in the future.

Brambles are a type of woody plant similar to things like ivy. They have long, arching shoots with thorns that can grow to staggering lengths of up to eight feet!

What’s amazing about them is that the tips of the plant only need to touch the soil for the plant to take root so they can quickly become a problem.

The nettle is a herbaceous plant that features an array of tiny stinging hairs across its jaggedly shaped leaves.

Merely brushing against them can cause serious irritation and pain so it’s very little wonder that people want to get rid of them from the garden.

How To Get Rid Of Brambles?

To remove brambles, one of the best ways is to cut them down and dig out the roots. However, it’s important to keep in mind that this can be time-consuming work, so you’ll need to be prepared.

Step 1 – Get Your PPE Ready

Before you get started, it is important to put on appropriate clothing and protective gear to avoid being injured by the thorns. This might include goggles for eye protection as well as thick gloves (amazon link – opens in a new tab) and long sleeves and trousers designed for outdoor work.

It’s also a good idea to wear a face mask to protect from allergens that will be kicked up when cutting the plants. This is especially important for asthmatics or those with allergies.

Using a powered hedge trimmer will provide you with the best results and will make the work easier.

You’ll need to cut the brambles down to around six inches from the ground but be sure to work carefully around surrounding plant life especially if the brambles have become entangled in them.

Once you have cut the brambles right back, it’s time to pull the roots out of the ground. This is where you’ll need to make sure you do a thorough job otherwise the plants will grow back.

Take a hand shovel and carefully dig out all of the roots. Look into each hole to make sure that there is nothing left over before moving on.

Step 4 – Dispose of the Waste

Any debris leftover from the job such as branches, roots, leaves or fruit will need to be properly disposed of. It is probably best to chop up the material and add it to your compost bin.

If not, there is a risk of a new plant taking root. The best option is to burn all of the debris.

How to Get Rid of Nettles?

Removing nettles doesn’t require as much elbow grease as getting rid of brambles but they’re still pretty stubborn and seeds spread with great ease.

Step 1 – Chop Back the Nettles

You should aim to tackle any nettle growth during the early summer before the plants begin to flower. In much the same way as dealing with brambles, you’ll need to wear protective clothing to avoid irritation from the plants.

Using garden cutters, trim the nettles back to the ground and then take a handheld garden fork to dig up the roots. Make sure that you have removed everything!

How to Stop Nettles Coming Back

It’s important to maintain borders and edges in order to prevent further nettle growth and one of the best ways of doing this is to regularly hoe just below the surface of the soil. This will kill off any seedlings and prevent them from developing.

If you have nettles growing in your lawn, the best solution is to keep on top of your mowing schedule.

While there is a lot of advice online about killing nettles using salt, this is not something that we would recommend. This will kill other plants in the area and can unsettle the balance of the soil making it difficult to grow anything for several years.

What you can do though, is make a weedkiller with white vinegar.

If your garden is plagued with brambles and nettles it can be difficult to get rid of them, but it certainly isn’t impossible.

When one thinks about getting rid of nettles, the first thing that comes to mind may be poison. However, there are other ways you can go about it without using harsh chemicals or toxins in your home; some methods even have advantages over typical means such as being cheaper and safer for pets and children who could come into contact with them if left unchecked!

When you’re looking at how to get rid of nettles and brambles, you literally need to get to the root of the problem and dig up the roots to prevent the plants from returning.

“Make sure that you wear your PPE – both plants can be a proverbial pain in the backside – if you sit on them anyway!”

“Some people are starting to contain these plants rather than remove them completely – they make a nice addition to a small nature garden!”

“We do not recommend using weedkiller no matter how stubborn the nettles and brambles are – it can linger in the soil and prevent other plants from growing!”

“If you have a mobility problem or will struggle to do the job in one go, either get someone else to do it or cut them back one day and dig up the roots a few days later!”

What kills nettles and brambles?

The best way to kill nettles and brambles is to remove the root system, using a weedkiller will also work but chemicals can linger in the soil and damage other plants.

How do you permanently get rid of nettles?

Nettle roots can be removed using a spading fork, which should then turn up its containing dirt. This way you will know for sure that there are no more hidden shoots waiting to sprout up!

What is the fastest way to get rid of brambles?

Brambles can be hard to get rid of once they take hold. Try digging up the roots and throwing them away or burning them in order for a permanent solution! 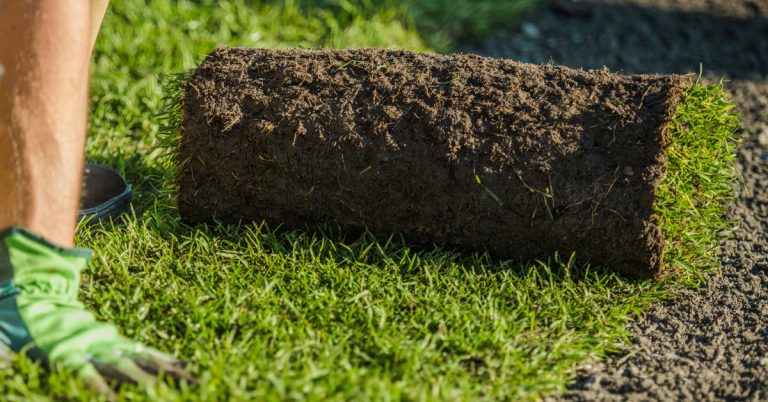 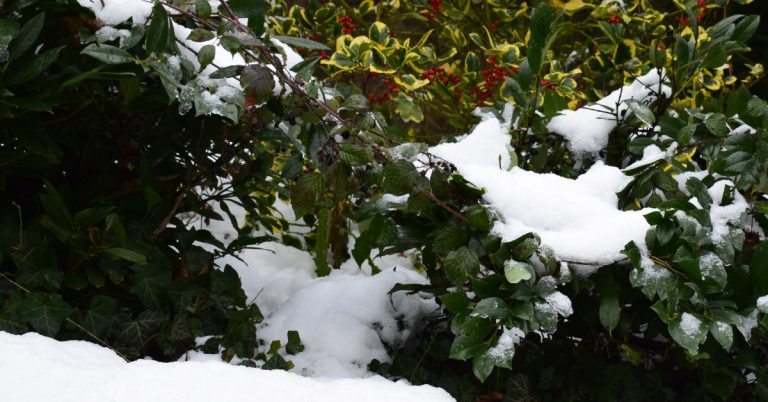